The national language of Nepal is known as "Nepali". According to the most recent official census, conducted by the Government of Nepal in 2001, Nepal is home to around 20 million speakers of Nepali. Nepali is the mother tongue for 11 million people, and a lingua franca for many more. Outside of Nepal, Nepali is also spoken in northeast India and in much of Bhutan. On account of its widespread use in the states of West Bengal (particularly in the district of Darjeeling) and Sikkim, the Indian Constitution recognizes Nepali as a major language of India. In Bhutan, while Dzongkha is the national language, Nepali is widely spoken by people from diverse ethnic backgrounds.

Nepali is an Indo-Aryan language, and thus part of a linguistic grouping which includes other South Asian languages such as Hindi, Bengali, Marathi and Gujarati. Modern Indo-Aryan languages derive from Sanskrit, much as modern European languages are related to Latin. Nepali is written in the Devanagari (or 'Nagari') script, which is also used for Hindi, Marathi and Sanskrit. Nepali Devanagari has 12 vowels and 36 consonants and is essentially phonetic, meaning that the pronunciation closely maps onto the writing system. The script is written from left to right, with a top line indicating the word boundaries.

Writers such as Laxmi Prasad Devkota, Bhanu Bhakta Acharya and Lekh Nath Paudyal established Nepali as a literary language. Today, Nepali literature is alive and well with many young and active authors publishing in Nepal and abroad. 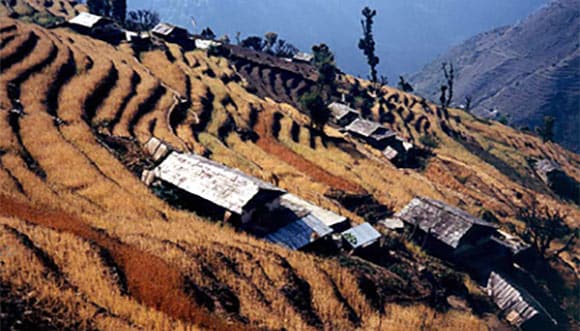