The Tibetan language records and transmits one of the world’s great civilizations, bridging South and East Asia. Tibetan once served as a lingua franca as well as a clerical and diplomatic language for much of central Eurasia, from the Mongol Dzungar region in today’s Xinjiang through Mongolia, north and west into Russia, east into Manchuria, and south into the parts of what is today India, Nepal and Bhutan. Classical Tibetan is offered at the beginning and intermediate levels.  Modern literary Tibetan is still very conservative in its grammar, such that a non-specialist can read texts going back as far as the 12th century and even beyond, and Tibetan is spoken now in a region the size of western Europe, by over six million people.

*This course is part of the Shared Course Initiative and will be taught from Columbia University using videoconferencing technology. For more information, contact Angelika Kraemer at ak2573@cornell.edu. 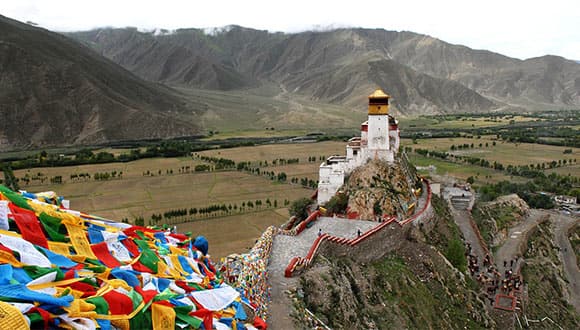