Alumnus Dexter Thomas PhD ’20 was recently honored with an Emmy for his reporting as an on-camera correspondent for VICE News Tonight.

The honor covers a series of stories, “American Uprising,” that he and his colleagues put together focused on the protests in 2020 following the death of George Floyd in Minneapolis.

Thomas, who focused on Asian studies at Cornell, said the stories expanded upon traditional protest coverage. “These pieces were aimed at giving viewers a comprehensive look at what the uprising looked like,” he said. “Not just the anger or confrontations that some might expect to see, but taking a step back.”

One of Thomas’ stories, for example, took a deep look at the phenomena of police who kneeled during protests, in apparent attempts to show protestors that they were on the “same side.” After speaking with police officials about their policies, as well as protestors about reforms they were seeking, he presented an analysis of how kneeling was quickly starting to have the opposite effect.

“Some people were willing to entertain the idea that perhaps there were just one or two bad apples in the police force, but I think the video of George Floyd being murdered changed that for a lot of people. And for them, the kneeling looked like an empty gesture,” he said.

Thomas also traveled to Houston to do a profile of Floyd, who was well known in his hometown as a community volunteer and rapper.

After earning his undergraduate degree in English at the University of California Riverside, Thomas spent two years in Japan as a MEXT Fellowship Scholar, a program sponsored by the government of Japan. He worked at the Los Angeles Times for a year where he was also honored with a Pulitzer for his work covering a shooting in his hometown of San Bernardino. He joined VICE to cover culture, which has seen him reporting extensively in East Asia, but also domestically, where his work ranges from virtual reality to policing to presidential campaigns.

Thomas came to Cornell to pursue research in Japanese hip-hop. Along with his journalism work, Thomas is a postdoctoral fellow at Princeton, where he produces and hosts a scholar interview podcast for the university’s Humanities Council. He also composes the music for the podcast.

He hopes to continue working on projects “about difficult things that don’t have clear answers,” he said. “I’ve always liked the idea of public scholarship. I’ve been given so much, I always think about what I can make or do that will help someone understand something a bit better, give them something to think about, or help them feel like they’re not alone.” 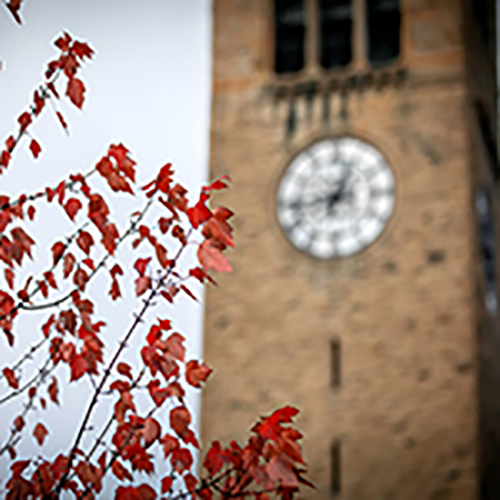