With gratitude to our many generous donors and all previous participants, The Department of Asian Studies at Cornell University wishes to announce the eighth and final Kyoko Selden Memorial Prize in Japanese Literature, Thought, and Society. The deadline for submissions for this year’s competition is August 1, 2022. The prize, established in 2014 with contributions from former students, colleagues, and friends, honors the scholarly legacy of Cornell University’s Kyoko Selden (1936-2013). A scholar whose work as critic, editor, and translator ranged from engagement with courtly and medieval texts through contemporary Japanese writings addressing urgent social issues, Kyoko Selden was a beloved teacher of broad-ranging scope. By offering the award to translations still at the unpublished stage, the Kyoko Selden Translation Prize has been committed to supporting and encouraging translation and publication  of Japanese language materials across a similarly broad range. Winning submissions have been made available online, when feasible, with the support of the  Asia-Pacific Journal: Japan Focus.

The 2022 competition will offer one award in each of two categories noted below for unpublished translations:

Prize selections will take into account both the quality of the translation and the significance of the original work. In cases where a text already published in English is deemed worthy of retranslation, new translations of significant texts are accepted (please provide date and place of earlier publication).

Applicants are encouraged to submit translations electronically to seldenprize@cornell.edu. If you wish to submit hard copies, please send them to the Kyoko Selden Memorial Translation Prize, Department of Asian Studies, 350 Rockefeller Hall, Cornell University, Ithaca, NY 14853. The required documents are:

The maximum length of a submission is 20,000 words. In case of translation of longer works, submit an excerpt of up to 20,000 words. Repeat submissions are welcomed. Please note again that the closing date for the prize competition this year will be August 1, 2022. The winners will be informed by November 1, 2022.

Translated by Paul Atkins. Paul Atkins is Professor of Japanese, Department of Asian Languages and Literature, University of Washington,

A Dosimeter on the Narrow Road to Oku (線量計と奥の細道, 2018)

Due to the pandemic, there was no competition held.

Michelle Kyoko Crowson is a PhD candidate in the Department of Comparative Literature at the University of Oregon. Her research interests include Japanese Literature by women writers, World Literature, and Translation Studies. Her dissertation explores the domestic and international circulation of Early Modern female haikai poet Kaga no Chiyo. Her translation of Akazome’s novel was made possible with support from the Oregon Center for Translation Studies and the Bread Loaf Katharine Bakeless Nason Scholarship.

“A Famous Flower in Mountain Seclusion” (Sankan no meika, 1889)

Max Zimmerman graduated from Cornell as a member of the Class of 2015, with a major in Asian Studies.  He currently works at Nikkei America.

Honorable Mention goes to Bruce Allen, Faculty of Seisen University, Tokyo, for his translation of Chapter Four of Ishimure Michiko's historical novel about the Shimabara Rebellion, Birds of Spirit (Anima no tori, 1999).

Nina Cornyetz is Professor of Interdisciplinary Studies at The Gallatin School for Individualized Study, New York University. Her most recent book is Traveling Texts and the Work of Afro-Japanese Cultural Production: Two Haiku and a Microphone, co-edited with William H. Bridges IV (Lexington, 2015).

Written by Taiwanese writer Wang Changxiong  (王昶雄, also known by his Japanese name, Ō Chōyū), who lived from 1916 to 2000.
Translated by Erin Brightwell

Erin L. Brightwell is an Assistant Professor of Pre-modern Japanese Literature at the University of Michigan. In her research, she is particularly interested in issues of language and identity as well as the circulation of texts, motifs, and intellectual traditions both within and beyond Japan. She holds an MA in Chinese from the University of Washington (2007) and a PhD in Classical Japanese Literature from Princeton University (2014).

Polly Barton, awarded the prize in the “previously published translator” category, is a translator of Japanese literature and nonfiction. Born in London, she studied philosophy before traveling to Japan, and now lives and works in Osaka. She holds an MA in the Theory and Practice of Translation from SOAS, University of London, and was awarded first prize in the inaugural JLPP Translation Competition for her translations of Natsuki Ikezawa and Kobo Abe.

Andrew Murakami-Smith is an Associate Professor at the Graduate School of Language and Culture, Osaka University. He was awarded a Ph.D. from Princeton University in 1997, writing his dissertation on "Dialects and Place in Modern Japanese Literature." He has translated into English some 20 works of fiction, poetry, and essays relating to Osaka and the Kansai region. His translation of Kamizuka Shoken's "Skin of the Pike Conger Eel" (Hamo no kawa) received the William F. Sibley Translation Prize in 2012-13. Has also worked as a translator in a lawyer's office and in a patent lawyer's office.

David Pearsall Dutcher has lived in Japan for many years, where he has held teaching positions in various universities and worked as a free-lance translator and editor. He is co-editor of Kenkyūsha's New College Japanese-English Dictionary (5th Edition, 2002) and a contributor to The Kenkyūsha Dictionary of English Collocations(1995). His translations of poetry by Kaneko Misuzu (1903-1930), Something Nice: Songs for Children, were published by JULA Press in Japan in 1999. Dutcher received his Ph. D. from Harvard University in 1999.

Hiroaki and Nancy Sato work collaboratively on the translation of Japanese poetry. Hiroaki Sato is former President of the Haiku Society of America and winner of the 1982 PEN Translation Prize. In addition to his translations of works by Basho, Miyazawa Kenji, Hagiwara Sakutarō, Mishima Yukio, and many others, he has published anthologies of Japanese poetry such as From the Eight Islands: An Anthology of Japanese Poetry (with Burton Watson, 1987), One Hundred Frogs: From Renga to Haiku in English(1995), andJapanese Women Poets: An Anthology (M.E. Sharpe Press, 2008). 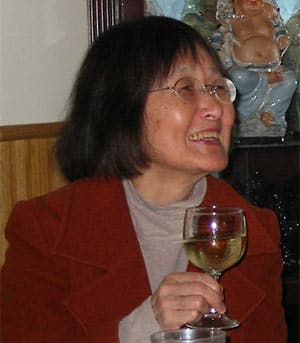 Over the course of her long career as a faculty member at Cornell University, Kyoko Selden was editor and translator of well-known anthologies that introduced many significant works and authors to international readers for the first time. Deeply interested in music and music education, she was the primary translator of writings by the influential music educator, Suzuki Shin ichi. With Noriko Mizuta, she edited one of the first anthologies of modern Japanese women's fiction, Japanese Women Writers (1991), followed by a welcome addition, More Stories by Japanese Women Writers, published in 2011. The 2-volume, Annotated Japanese Literary Gems (co-edited with Jolisa Gracewood and Lili Selden) made available for classroom teaching literary complex and challenging Japanese texts, such as those by Nakagami Kenji, Tomioka Taeko, and by Kyoko's friends, the authors Hayashi Kyoko and Tawada Yoko.

Kyoko Selden also played a path-breaking role in translating work on Ainu history and culture: co-translating with daughter Lili Selden the Ainu author Kayano Shigeru's Our Land Was a Forest (1994), and Honda Katsuichi's Harukor: An Ainu Woman's Tale (2000). With her life-time companion and collaborator, Mark Selden, Kyoko published in 1989 the anthology Atomic Bomb: Voices from Nagasaki and Hiroshima, a book that included translations done by her students at Cornell.

Indeed, Kyoko was a cherished teacher of generations of Cornell students, with whom she shared her vast knowledge of the intricacies of modern and classical Japanese and Chinese literary languages. Colleagues and scholars within and outside of Cornell regularly turned to her for help with knotty problems of translation.

Contribute to the prize fund

Contributions may be made to the Kyoko Selden Memorial Translation Prize through this online link, or can be sent c/o Department of Asian Studies, 350 Rockefeller Hall, Cornell University, Ithaca, NY 14853.