Cornell Cinema welcomes back the electronic/ambient musical group Coupler to perform their new score for Yasujiro Ozu’s "Dragnet Girl "(1933) on April 10 at 7:30 p.m. in Willard Straight Theatre. The screening will be introduced by Andrew Campana, who will be joining the Department of Asian Studies in the College of Arts & Sciences in the Fall to teach courses on Japanese cinema and popular culture.

"Dragnet Gir"l is a formally accomplished and psychologically complex gangster tale that pivots on the growing attraction between Joji, a hardened career criminal, and Kazuko, the sweet-natured older sister of a newly initiated young hoodlum—a relationship that provokes the jealousy of Joji’s otherwise patient moll, Tokiko.

Founded in 2012 by Lambchop veteran Ryan Norris, Coupler’s core group is Norris along with Rodrigo Avendaño and Rollum Haas. The group is on tour with their new score for "Dragnet Girl," having recently accompanied the film to great acclaim at the Big Ears Festival in Knoxville, Tenn.

Rolling Stone magazine praised the group’s regular set, as well as their film score, in reviewing their performances at the festival: “From Chicago via Nashville but sounding decidedly more Düsseldorf, the Third Man Records-affiliated analog synth crew got the heart rate up with their immersive pieces, pausing only for Tangerine Dream-like segues and buildups that established the next melodic motifs. The following day, the trio donned traditional rock instruments for a second show in the same location, providing a live score to 1933 silent Japanese gangster movie Dragnet Girl that didn’t try to mimic the action onscreen so much as thoughtfully tap into the film’s overall vibe.”

The group previously performed an original score for the German silent film "Our Heavenly Bodies" (1925) in Sage Chapel at Cornell in April 2017. The event is cosponsored by the Cornell Council for the Arts and the East Asia Program. Tickets will be $12 general/$9 students & seniors in advance, and $15 general/$12 students & seniors at the door. For more information visit cinema.cornell.edu or call (607) 255-3522. 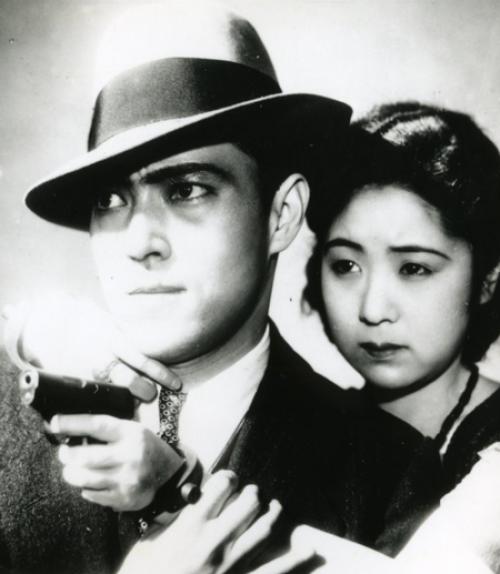