Arts and Sciences’ students in various special research programs gathered to share dinner and stories – and find some common ground – during a reception Nov. 5.

“Dining Out on your Research” was organized by advising deans within the College, who wanted to connect students conducting various research projects with each other.

“We wanted to give the scholars an opportunity to meet peers from other research programs in a relaxed environment, where there would be no obligation to discuss anything but what was of interest to them—no presentations or performance,” said Rich Keller, an advising dean in the College of Arts & Sciences. “Simply an evening of conversation and good food.”

Claire Liu ‘19, a College Scholar, and Raven Schwam-Curtis ‘20, a Mellon Mays Fellow and Cornell Presidential Research Scholar, didn’t know each other before the event but discovered they had some interesting things in common.

“We both speak French and Mandarin.” Schwam-Curtis said. They also discovered they were both interested in the work of environmental activist Grace Lee Boggs and had attended events on campus about her work last year.

“And her (Schwam-Curtis') research about Afro-Asian culture is something I’m also interested in,” said Liu, whose college scholar project focuses on the rise of mass misinformation.

Malek Jacobs ’19, a psychology major and biology minor and a McNair scholar, said he enjoyed hearing about other students’ varied research paths.

“It’s been my goal to dive into different types of research,” said Jacobs, who is part of an immunology lab at the veterinary school and plans to go into medicine and research. “The McNair program has helped me to learn about summer internships and workshops and to surround myself with people who think the same way I do, people who are very driven.” 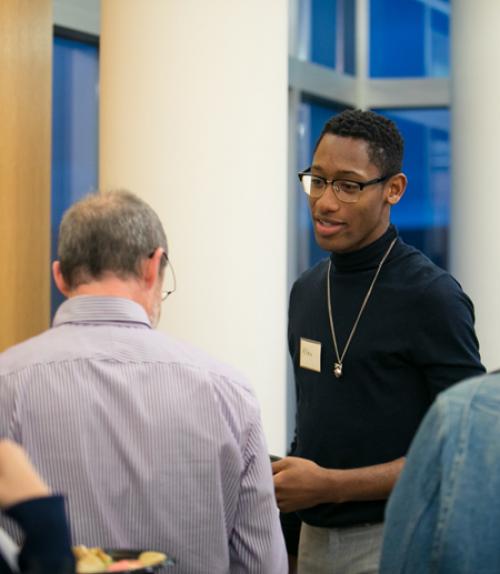 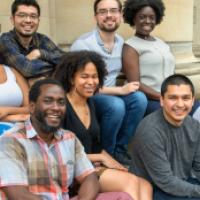