When Jonathan Avery ’19 came to Cornell as a freshman, many of his friends on the track team had their schedules all lined up – for the next four years. They were hotel school students, engineers, ILR students or business majors and had a well-defined curriculum.

Avery, an Arts & Sciences student, had many more options, but decided to major in economics because of his interest in business and finance. He even considered transferring into the College of Agriculture and Life Sciences.

“I took a few classes in CALS and did well, but I realized it was a much more pre-professional program than I wanted,” he said. “The flexibility in Arts & Sciences was something I valued more than I realized.”

Avery’s experience in Arts & Sciences is a common one. Many students enter planning to study one thing – based on their high school success, something they’ve read about career prospects or advice from their parents — but along the way, through the A&S exploration process, they find another field they are totally connected to.

“Not every student arrives on campus with a passion that’s fully developed, or even identified for that matter," said Bonnie Comella, director of advising in Arts & Sciences. "Our hope is that students will let their curiosities drive their choice of interesting courses, as well as summer experiences. It takes time for passions to emerge, and Arts & Sciences is an incredible place to give students the space to make this happen. “

In the College of Arts & Sciences, students can choose from 40 majors, 59 minors and more than 40 foreign languages. A&S students also have access to another 63 minors in Cornell’s other colleges.

From 2008-2018, here’s a look at the mean numbers of majors chosen by graduates of the College of Arts & Sciences:

For Avery, he worked with his advising deans to create a schedule that would allow him to explore his options – taking a host of classes in Arts & Sciences, but also classes in the Dyson School, the Hotel School and the ILR school. And he spent some quality time thinking about what he was most interested in studying.

“In my first sociology class, it didn’t even feel like a class because it was information I already knew and it was a subject I was very passionate about,” he said. “Growing up in a predominately black neighborhood and going to a predominantly white high school, I learned a lot of the concepts of sociology through various organizations and experiences.

“It was much easier for me to see dynamics across identities, because I was entering so many different spaces, particularly as a black male. I learned a lot just from living in those different spaces.”

Avery said his parents, advisors and friends have always told him to focus on something he feels strongly about, “and from here on out, everything is about applicable and transferable skills,” he said.

Avery secured an internship last summer in labor relations at Lockheed Martin’s aeronautics business area and he’ll be working with them again after graduation.

“Labor relations has so much to do with sociology,” he said. “It’s amazing how many of my skills transfer.”

“Environmental consciousness has always been a huge part of my life, but I never considered studying it because that’s just what life was,” said Manya Weintraub ’21, who attended a Waldorf school growing up. Although she transferred to Cornell as a history and government major, Weintraub realized quickly that the new Environmental Sciences and Sustainability (ESS) major lined up with her interests.

“I am interested in the startup or NGO side of things,” said Weintraub, whose father is a Cornell alum who double-majored in government and natural resources. “I think I can make a bigger impact in a place where there are fewer voices yelling over each other.”

Weintraub came to an October event put on by the ESS staff, which included a talk by Olav Kjorven, chief strategic officer of EAT, a global, non-profit startup dedicated to transforming the global food system. Weintraub said she related to the company’s missions as she has worked in food service and seen the amount of waste that’s created.

Weintraub is taking the introductory ESS class this semester, as well as a class on environmental governance and another on nature and culture.

She spent this past summer working on an organic farm in Germany. “I don’t know if I would have made the switch to this major without having had this experience,” she said. “When you’re studying, it’s easy to get lost in how everything is theoretical, but if you’re getting your degree in something you can see manifesting, it’s different. When you’re an environmental sciences and sustainability major, you can know that I’m going to do this work and it’s going to have this impact.”

Should I be a doctor or an engineer?

Elisa Zhang’s ’20 introduction to what would become her major came as she prepped for an exciting trip.

“I knew I was going to Vietnam over spring break, so I thought I should take an intro to southeast Asia class to become familiar with the area and the history,” said Zhang, who transferred to Cornell as a sophomore. “And I loved it, loved the professor.”

That professor asked her about her major, which was information science at that point (after contemplating biology and society or even switching to the College of Engineering), and encouraged her to think about switching to Asian Studies and combining that with her premed classes.

“I realized all of the electives I wanted to take were in Asian studies; those were the courses I loved, so why not make it my major,” she said. “I really wanted to explore the humanities aspect in college and knew I didn’t want to be a biology major because I would be doing science for the rest of my life.”

She said other students are taken aback by her Asian studies/premed major and wonder how you can combine the two, but her mom has been supportive. “My mom is an immigrant and her American dream for me was to not have to worry about the things she worried about, just having enough to survive. She wants me to be able to live comfortably but also be happy as a person.”

Zhang wants to be a surgeon, potentially on a trauma team. She’s had some inspiring shadowing experiences already and is looking forward to learning more about her career options. She plans to take two gap years before heading to medical school.

“All too often students get stuck on the ‘major = career’ mindset, but what employers really seek are skills,” Maclaughlin said. “An education rich in liberal arts and sciences, in my mind, best prepares graduates for success on the job, as they possess the ability to analyze issues and articulate thoughts and ideas clearly and effectively.

“Time and again, I hear from employers and alumni alike that a background in arts and sciences leads to career success.”

“I wanted to find what makes time disappear for me’

Stephany Kim ’20 has never met a subject she doesn’t like.

When she came to Cornell, she explored all kinds of classes, in everything from international relations to marine biology, but found that her government and English classes rose to the top of her favorites.

She found herself challenged and inspired by tough classes on political theory and English deconstructionism. But by the end of her sophomore year, she was surrounded by friends with their eyes set on specific careers, while she felt a little lost.

“My first two years at Cornell, I spent totally immersed in the liberal arts, not thinking about a career path,” she said, adding that she thought she might be doing something wrong. “When I came back for my junior year, I wasn’t enjoying my classes as much because I was so pre-occupied with my career prospects.”

So, Kim took a break and moved to Seattle, where she worked in retail, joined an indie rock band, did a lot of reading and met many people her age who were pursuing various interests.

“I found out that there’s a lot of freedom in what I can do after college, regardless of the classes I take or the major I end up with,” she said. “I learned that what matters to me the most is connecting on a genuine level with people around me.”

When that year was over, she felt excited to go back with a healthier sense of balance between work and fun and a mindset that viewed challenges as opportunities for growth rather than hurdles to jump over.

Kim has a greater appreciation for the skills she has learned through her liberal arts classes – among them critical thinking, good communication skills and clear writing. She is excited to continue learning after graduation, whether it is through a career or graduate school. 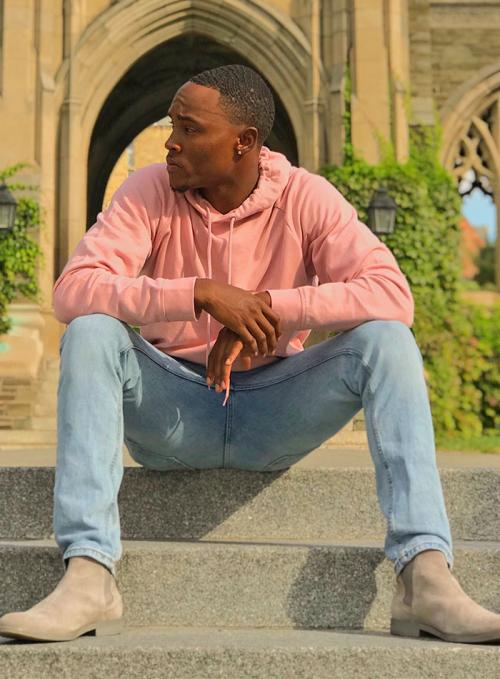