The events of August 2017 brought worldwide attention to the issue of the Rohingya Muslim minority in Myanmar, who had long been persecuted and oppressed by the Burmese government and military. Despite the initial reaction to the violent displacement of over a million men, women, and children—as well as the deaths of thousands—global media outlets were slow to follow up on their first reports. With information about the genocide scarce and the call to action not nearly loud enough, it was clear to Trevor Stankiewicz ‘15, Cornell University alum, that brief news headlines and endless statistics were not enough to move the international community to meaningful action.

On Saturday, March 23, “The Wrong Place”, a new international play about the Rohingya genocide, will make its debut reading at 1 p.m. in the Film Forum, Schwartz Center for the Performing Arts, in Ithaca, New York. The event is free and open to all.

After the success of his first play, “The Darfur Compromised,” about the Darfur genocide, Stankiewicz joined with Aiden Ardine in hopes that they could write a story about the Rohingya genocide which might yield similar results. Nearly 18 months later, and after countless hours of research, hundreds of interviews, and physically traveling to Myanmar and Bangladesh themselves, “The Wrong Place” is now stage ready.

A play about tragedy, but also about hope, “The Wrong Place” asks the hard questions about activism and intention while calling for justice for the Rohingya. And, perhaps, stories may succeed where headlines and statistics have continued to fail.

“We are so excited and humbled to be having this play debut at Cornell University,” says Stankiewicz. “For the past 18 months, we have received support, guidance, and mentorship from Professor John Hubbel Weiss of the history department and Professor Bruce Levitt of the PMA Department. They taught me what it means to be an activist, an artist, and most importantly, that you can be both of those things at once. Cornell will always be such an important part of my life and I feel incredibly grateful to get to share this story with an audience that will surely be comprised of passionate, intelligent, and caring people.” 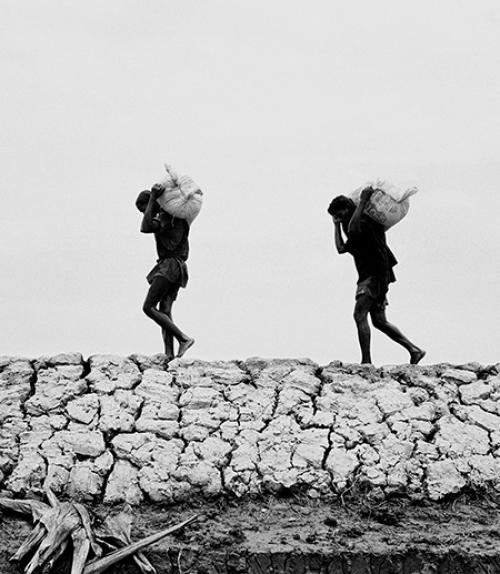