The Asian Studies Department of Cornell University is pleased to announce the Kyoko Selden Translation Prize for 2022 in this, our final year of the prize.  As always, we were both educated and inspired by the range of work we received: texts that spanned Japanese writings produced from the 13th to the 21st century in a variety of modes---from individually to collectively written works, and from canonical, marginal, and even anonymous sources. We were gratified by the way this year’s submissions once again resonated with the literary passions and  impressive textual  competencies of our esteemed former colleague, Kyoko Selden. We would also like, on this occasion, to thank the friends, colleagues, and former students of Kyoko’s who contributed to the prize funds, as well as to the Selden family and the Asia Pacific Journal’s Japan Focus for their generosity and support.

In the category of previously published translators, the 2022 award went to Matthew Fraleigh for his translation of Hayashi Kakuryō’s “Record of a Journey that Was More than Mere Diversion” (Kishikairoku), an early Meiji chronicle of the author’s 1871 trip along the Tama River and through the mountains of present-day Okutama, with plentiful allusions to Chinese poetry and literary landscapes. Honorable Mention in this category was  awarded to Shi-Lin Loh for her translation of Letters from Iwaki (Iwaki Tsūshin 2012-2014), by Yoshida Hiromi. The letters record Yoshida’s observations in the coastal city of Iwaki, 54 miles south of Fukushima, as she assisted evacuees living for long periods of time displaced from their homes in the areas worst hit by the disasters of 3.11.

The award in the previously unpublished category was given to Yi Deng, for her translation of chapters from Santō Kyōden ’s profusely illustrated  1806 prose fiction,  Faithful Birds of Sorrow (Utō yasukata chūgiden). The tale narrates fantastic exploits attributed to a daughter and son of Taira Masakado in their quixotic pursuit to avenge their father’s death after the failure of his rebellion in 940.

In this concluding year of our work we would finally like to express our appreciation for all who have participated in the Selden Translation Prize competition, as it has honored and evoked our memories of the deeply intertwined relations between scholarship and translation in Kyoko Selden’s own work. Below we have listed the names of the fifteen works and translators awarded the prize between 2014 and 2022. Although not all could be published in APJ’s Japan Focus due to foreign rights complications, we were pleased to recognize each as a significant contribution to world understanding and appreciation of Japanese literature and thought across the centuries.

“Record of a Journey that Was More than Mere Diversion” (Kishikairoku)
by Hayashi Kakuryō (1806-1878). 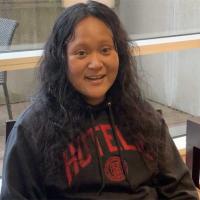 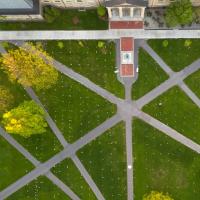