The 1980s was a golden age of poetry in China. University lecture halls overflowed with people eager to hear contemporary poets who had developed their craft underground during the Mao era.

Bold new work by Chinese authors circulated alongside translations of poetry from English, Russian, Japanese and other languages into Chinese. It was in this environment that Ya Shi, a young mathematics student at Peking University, discovered the power of poetry for himself.

Now, Ya Shi – a pen name meaning “mute stone” – teaches university-level mathematics in his home province, Sichuan, but he is also an award-winning poet. Nick Admussen, associate professor of Asian studies in the College of Arts and Sciences, has translated into English selections of Ya Shi’s poetry in the newly published “Floral Mutter.” Admussen’s research and teaching center around contemporary Chinese literature, and he is also a published poet.

For English readers, the book is an introduction to this unique poetic voice and a glimpse into Sichuan’s vibrant poetry scene.

Ya Shi, left, and Nick Admussen discuss poetry in a Chengdu tea shop.

“The arrangement of Ya Shi’s work in this volume is a tiny fraction of his writing, intended to foreground his intellectual restlessness and independence,” Admussen wrote in the introduction. “I have seen no other contemporary poet think so deeply and patiently about the intellectual uses of wild space in China today.”

The first section of the bilingual edition is made up of 14 sonnets, selections from Ya Shi’s “Qingcheng Poems.” Admussen said this series of poems on and about Sichuan’s Mount Qingcheng provides a point of access on a familiar theme – nature – for readers of English, yet introduces Ya Shi’s original way of seeing the world.

“The open natural space in these poems is a thrillingly permissive home for the sensual, encourages thinking outside the boundaries of state and moral authority, and provokes attention to the terrifying impassivity and distance of the cosmos,” Admussen wrote.

The second section contains a selection of free verse. The third, “Fragments,” contains short snatches of poetry, including “Brief Sentences,” the poem that gives the book its title:

Another day gone./I have consumed all the substances I am supposed to, but/have not contributed even one small breath/of cool air./Like a salmon in the dark and frothing water/gently releasing its floral mutter.

Admussen said he finds lightness and humor in the “Fragments.”

“They are serious and meaningful,” he said, “but they are also snarky, vulgar and love to snap themselves shut like a good joke.”

Admussen met Ya Shi when one of Admussen’s graduate teachers asked Ya Shi to show Admussen around the city of Chengdu, in Sichuan province. They’ve been friends in the 12 years since, meeting periodically in Chengdu to catch up and to finesse Admussen’s translations.

“I read and translate at the same time because I have to slow down so much I might as well make an English translation as I’m going,” said Admussen, adding that translation of poetry from any language to any other language is difficult, and imprecise. “In the process of opening a poem, I have to use all the tools I have. I have all kinds of questions, and often the questions don’t have answers.”

A PEN/Heim Translation Fund Grant allowed Admussen to collaborate with Felicia Qiuyun Teng, senior lecturer of Chinese literature and a bilingual editor, to create the final English version. The book was published by Zephyr Press, which specializes in translations.

Translations from Chinese and other languages invigorate and diversify English poetry, Admussen said.

“If you want to have interesting and exciting poetry, you need to be moving between cultural traditions,” he said. “It’s true in music, it’s true in fiction. It’s true in all the other arts, too.” 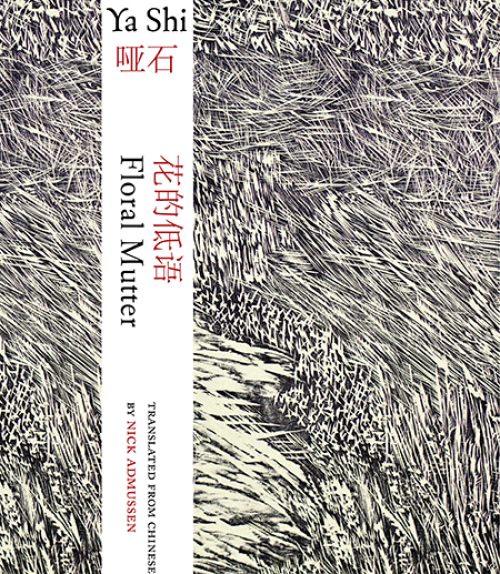 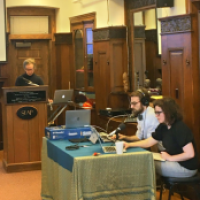 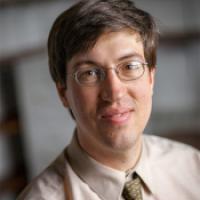 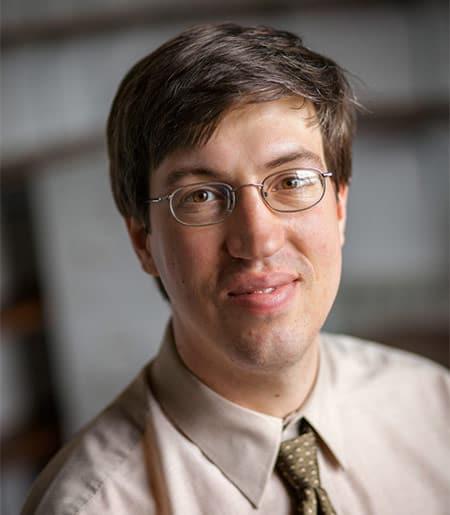 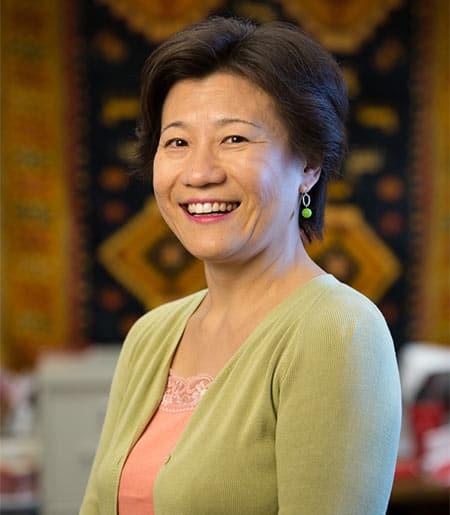