What’s the best way to teach students about environmental issues in a developing country? For Thúy Tranviet MS '12, PhD '15 the answer was clear: an interdisciplinary course with an international service learning component. Vietnam, Tranviet’s specialty, fit the profile of a developing country perfectly.

“I wanted to offer the students an introduction to Vietnam via the lens of climate change,” says Tranviet, senior lecturer in the Department of Asian Studies in the College of Arts and Sciences and a 2016 Engaged Faculty Fellow. As her partner, she enlisted Michael Hoffmann, executive director of the Cornell Institute for Climate Smart Solutions and professor of entomology in the College of Agriculture and Life Sciences.

“Climate Change Awareness and Service Learning in the Mekong Delta” featured seven weeks of in-class preparation, two weeks in Vietnam, then another seven weeks in class, spread over the Fall semester, winter break, and the spring semester. During the seven weeks pre-trip, the students learned Vietnamese language, culture and history focusing on the Vietnam War era. Guest lecturers taught classes on the challenges of climate change faced by the people in the Mekong Delta.

During their two weeks in Vietnam, the 10 students in the class traveled with the two instructors throughout the Mekong Delta, listening to farmers and community members and seeing the effects of climate change firsthand. They attended lectures from scientists at the International Union for Conversation of Nature (IUCN) and experts at Can Tho University. They also engaged in service learning activities in the local communities including planting mangrove trees in a biosphere reserve and constructing and installing a biogas digester on a local farm.

“The purpose of the course is not just to tell the story of climate change, but to put a face to it, of the people who are directly impacted by it,” said Tranviet, whose dissertation topic was international service learning in Vietnam.  “The service-learning activities are crucial in providing the students opportunities to engage with the local communities. They have a more meaningful experience and are able to gain an in-depth understanding of climate change.”

As Becky Cardinali ’19 wrote about her experience:  “Being up to my knees in mud was dirty and tiring, but if asked to do it again, I would in a heartbeat. In the mud I was in solidarity with the Vietnamese farmers who work tirelessly in the sun to make a living, while facing the challenging effects of climate change.”

Vietnam, with more than 2,000 miles of coastline, is a major exporter of fish and shrimp, valued at about $7 billion per year. The country is also the second-largest producer of coffee and one of the top exporters of rice in the world.

“Vietnam grows much of its own food but is also an important agricultural exporter,” said Hoffmann. “The Vietnamese are resilient, but climate change will be a real test.”

The Mekong Delta, where 17 million people live, is one of the most at-risk areas in the world from climate change, Hoffmann said. Farmers in the region depend on a stable environment to cultivate crops at 5 feet above sea level. Salt water intrusion, due in part to sea level rise, is already affecting agriculture in the region, as Marc Alessi ’18 saw firsthand.

“Last year, Vietnamese farmers suffered the worst drought ever recorded,” Alessi said. “In one commune, 100 percent of their rice crop was destroyed due to salt intrusion and drought.”

For Jeff Fralick ’18, the trip was a chance to talk directly to people already experiencing the consequences of a changing climate. Vietnamese farmers would rarely have an opportunity to come to the U.S. to share their experience, and he felt it was important to give a voice for their concerns.

“In Vietnam, the sea levels are rising,” he said. “There are droughts. The rains are increasing and fall at different times than they did in the past. It’s important to come back and tell that story.”

Students harvest vegetables on a farm in Bến Tre, the Mekong Delta, Vietnam.

This spring, the class is holding weekly meetings where the students reflect and report on the trip, give presentations, develop media outreach and complete final projects. Plans are also in the works to visit Washington, D.C., where students will share the facts about climate change and the impacts it is already having.

Climate change can be a charged topic for some in the U.S. It’s why part of this spring’s portion of the course is focused on outreach and communication about what the students learned. It’s an effort that started with blog posts the students wrote while in Vietnam.

“Because we come from a powerful research institution, we are in a unique position to communicate the plight and ingenuity of these farmers and give voice to an otherwise voiceless group," noted Corey Ng '17.

Students like Stevanica Augustine ’19 and Gail Fletcher ‘17 know that a story focused on people will be more effective in communicating the experience of the farmers in the Mekong Delta. “I want to make climate change as personal as possible,” Augustine said.

“My experiences in Vietnam also reaffirmed the importance of engagement,” added Fletcher. “I think it is very important to interact with the people you meet and hear about their opinions and their lives Statistics can only illustrate so much and have a limit to how much change they can incite.”

A version of this story also appeared in the Cornell Chronicle. 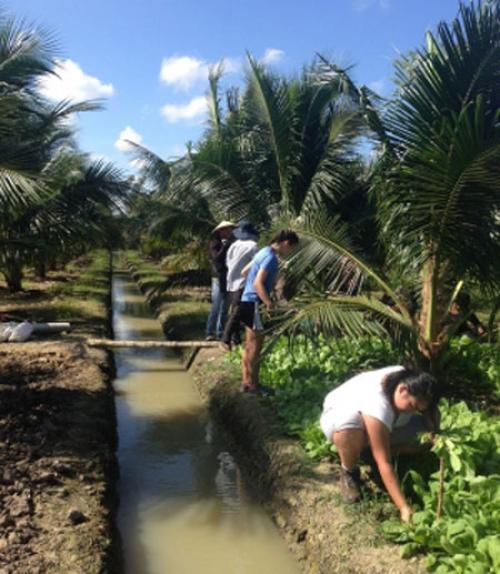 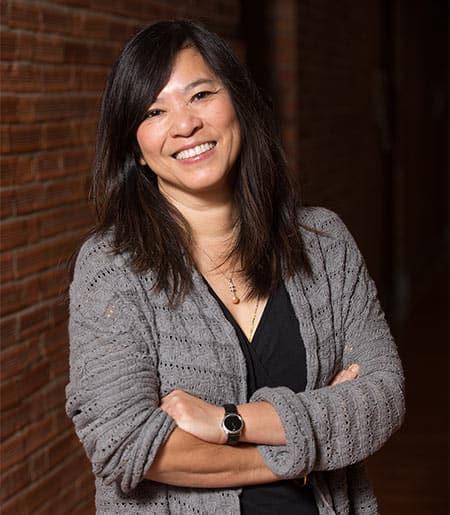